For our 2nd year Chiefs (rising 10th graders) each day marks a special and final memory of their summers here at Alpine. Some would say they are too old to still be attending summer camp. Last night I dined with a lot of guys who would strongly disagree. At their age, to be able to unplug from the pressures of school and sports and (dare I say it) girls, is truly a gift you have given them. We pray that their time spent with Godly Christian college counselors will carry them a long way into their high school years.

Carter and I hosted these young men and their counselors last night for a steak dinner, the traditional Chief 2 dinner. I grilled ribeye steaks on the grill and we added in some fresh mashed potatoes, green beans, and Mrs. Gail’s homemade hershey bar pie for dessert. The steaks were loved by all, but the company was even better. Some of these guys met as 9 or 10 year olds at Alpine and have been friends since. We reminisced about old camp times, heard tales from their Appalachian Trail trip this summer, and laughed a lot. We will miss this group and hope to have many of them back for future summers on staff.

Meanwhile, everyone else enjoyed a picnic buffet of hamburgers and chips with all the fixin’s. The rain moved out yesterday afternoon just in time for us to eat outside.

In previous posts I have given you a window into a typical day at camp. To round it out I’d love to tell you about some of our evening fun at Alpine. Most nights after dinner we make our way to the gym for Glee Club. It lasts for about 30-45 minutes. We sing songs written with Alpine lyrics to popular tunes through the years.

Any counselor (or camper for that matter) can pen a new song. Some have stood the test of time. Others fallen by the wayside. And some have become classics that have been sung for decades.

Some of the oldies: Hey Tree, to the tune of the Beatles, Hey Jude. Tree was our long time program director at camp. The gist of the song was for Tree to ring that camp bell and tell us the plan for the evening. Others have stood the test of time like Desoto Girl to Brown Eyed Girl, and Blues at Alpine ( a woeful tale about a boy’s hair sticking up at the dance, to the tune of Clapton’s Wonderful Tonight).

Newer favorites include “Little River, Here We Come” to the tune of a fairly obscure song called California. And “Filled Up” to Arcade Fire’s Wake Up. It’s a great song about being filled up spiritually and physically by all the experiences of camp. And I think I’ve mentioned it already, but the perennial favorite is “Say It’s French Toast” to Weezer’s Say It Ain’t So. It’s just so much fun. Who doesn’t want to sing about bacon and French toast!

Boys are fun and creative, especially when you remove some of the electronic distractions and the social pressures of home. Camp frees boys up to not worry as much about being “cool” (as evidenced by the fact that we are still doing something called Glee Club, which sounds like something out of the 1960’s!). Counselors and campers alike love it and leave the gym in a better mood after singing.

After Glee Club it’s time for Night Program. Roderick assigns each age group a game or activity for the evening. Some are more active. Others less so, like a night around a campfire making s’mores. Last night, for our final Saturday night, he announced Slaughterball Plus. to the cheers and excitement of everyone. On a Slaughterball Plus night each age group gets to play a game of Slaughterball in the gym, plus another night activity somewhere else in camp.

Slaughterball is camp’s version of dodgeball, with a few Alpine specific rules. It’s so simple yet so much fun. There’s just something for boys (and men, you should watch the dads at Father son weekend!) about throwing a dodgeball as hard as you can at your friends. A few other camp favorites:

Spotlight is probably a familiar one to many, harkening back to childhood games played in the neighborhood. Basically, boys have a goal to reach sneaking through the dark from a starting point, while trying to avoid the “bad guys”. If you get spotlighted by a bad guy, it’s back to the start you go.

Capture the Flag also spans the generations. As a reminder, two teams separated by a midline, race across in an effort to grab the other team’s flag and get it back across the midline without getting tagged. Get tagged and you head to “prison” until a teammate races to free you.

Angleball might be the most bizarre and loved all at once. It’s part football, part ultimate frisbee, and part plunger on a pole with a playground ball on top. Two teams pass the football from teammate to teammate down the field and can run with the ball until getting tagged. A point is scored by throwing the ball at the 10 foot high plunger ball and knocking it off. But a large radius circle requires the throw to be made from 10 feet or out. The ball turns over when one team drops a pass or fumbles it.

Ultimate kickball is, well I really don’t know how it works. I know they love it. I can tell you it happens in the gym. It’s good old playground kickball with some crazy rules added in. And the gym walls make for some great pinball bouncing to keep the “field” on their toes.

Jedi Ball leads to the biggest cheers when announced at supper. It’s essentially dodgeball played on an outdoor field. Each team has a Jedi with a light sabre (pool noodle) on their side. When a teammate gets hit, instead of leaving the game, he sits down where he got hit. And the Jedi can give you new life by touching you with his pool noodle, I mean light sabre. The danger is when the Jedi leaves his safe zone, he too can be put out with a good throw from the opposing team. And once he gets out then it’s usually only a matter of time til his team is eliminated.

These are just a few examples of the fun we have at night. You’ll have to ask your son what his favorite is!

Between 8:30 and 9, age groups make their way back to the cabin area. Boys who take medicine before bed pop by the infirmary. Bathhouses are full of teethbrushers and tales from night program. Then we settle into cabins for a short devotional prior to hopping in bed. Many counselors do a version of highs and lows where each boy gets a chance to share about his day. All read a Bible verse or short Bible story, discuss it’s meaning, and pray. Many counselors will read to their cabin as the boys drift off to sleep.

Tomorrow will be a busy day in camp as we take care of some necessary end of camp items, most notably packing. We’ll also fit in time to play a few more games and celebrate the term with a final banquet and awards ceremony tomorrow night. As a reminder, we ask for no visitors tomorrow. Gates will open Tuesday morning at 7:30 AM CDT. Pickup is between 7:30-10:30AM. Be sure and refer to the email sent out last Thursday for more closing day details.

It has been a privilege to have your boys with us for 2nd Term. A very sincere thank you from Carter and me.

Thanks for reading, Glenn 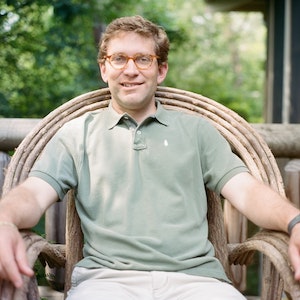